We all have had similar educational experiences previous to pursuing graduate school, and are familiar with the Canadian schooling system having been a part of it for a number of years. 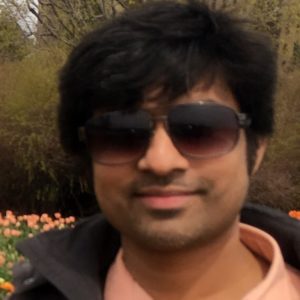 Nafiz is a father, a husband, an avid traveller, a teacher, a leader and an international PhD student that is joining us from Bangladesh. He is currently in his fourth year of his doctoral studies at the Faculty of Information and Media Studies. After completing his Master’s in Europe, he worked at the University of Dhaka. His passion for research and teaching led him to want to pursue a PhD and as he had already had some experience in Europe he decided that this time he would take his education to North America.

Nafiz explains that the transition to Western perhaps went well because of his previous experience with travel, however, this is not always the case for international students. Many students may experience ‘culture shock’, feeling homesick and even unaccepted despite the emphasis on Canada’s appreciation for diversity. To overcome these barriers Nafiz recommends many resources including School of Graduate and Postdoctoral Studies (SGPS) professional development programs (e.g., Own Your Future, lecture series), workshops available through the International and Exchange Student Centre (IESC) that address topics such as navigating the immigration process, paying taxes, and visa-related concerns. He also recommends getting involved with the Society of Graduate Students (SOGS) as it is a great opportunity to meet other students from various departments including International and Canadian students. As the chair of the International Graduate Students Issues Committee (IGSIC), he says that many of the events such as the International Students Party, will allow students to feel welcome and they are a lot of fun.

There are many challenges when deciding to pursue an international degree. For example, when Nafiz was accepted for his PhD he had a six-month-old daughter and his wife, and he had to make the decision that his family would stay in Bangladesh while he first came to London to try and get settled into his program. His family later joined him as his wife was accepted to pursue her academic goals at the University of Guelph. His family now lives with him in London. He faced challenges when navigating the medical system here in Canada. His wife later had a baby boy, however, following her delivery she required medical attention and unfortunately, Nafiz found out that dependents were not being seen at Health Services on campus. He expressed that it was an extremely stressful period because it is very hard to find a family doctor and the alternate option would be to go to the emergency. He said that some might say you could go to a walk-in clinic but the added fear that from the walk-in clinic you may be sent to additional appointments that you will have to pay for brings a lot of pressure and stress. He felt that this was all happening because he is “international”.

So what can Western do to assure that international students are welcomed and have an equitable learning environment? Nafiz emphasized that what encouraged him to take the leap of faith and make this big decision to come to Canada, was the immense amount of support he received from his supervisor. His supervisor not only helped Nafiz navigate the application and settling in process but also provided emotional support understanding Nafiz’s roles that go beyond being just a PhD student. He says that his supervisor and committee have been so kind and supportive and that is why he feels he has overcome barriers, “They consider me as a part of their close network, like family.” Nafiz also appreciates the continued academic support he receives from FIMS Graduate Student Services and other division and the Associate Dean. “They are amazing people who really care about international students and understand the challenges we face” Nafiz added.

When asked how he defines success in grad school, Nafiz said, “Success is when you are satisfied with the academic experience you have had and you see the work you are doing is something that will help society in the future. It can help any part of the world.”

Graduate students are ‘Not All the Same’; our International graduate student population brings experiences, knowledge, ideas and energy from around the world and they make a significant positive contribution to the Western community.